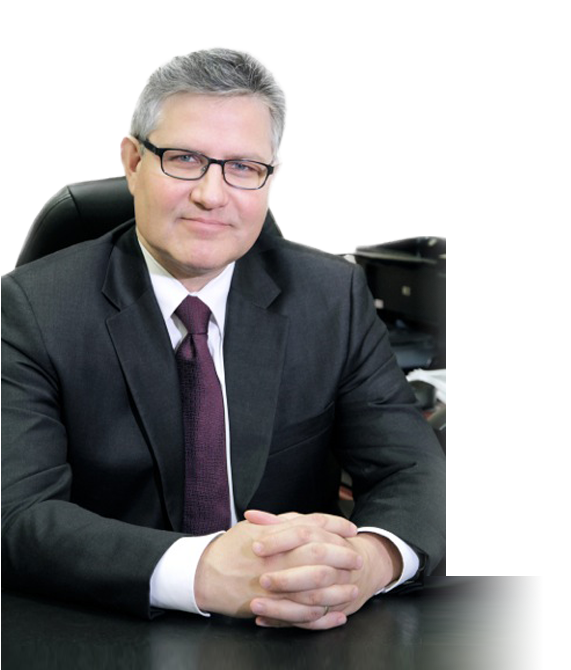 Originally from St. Boniface, Manitoba (now Winnipeg) Guy went to law school on the east coast and was called to the Bar in his home province in 1989. He remains a non-practicing member of the Law Society of Manitoba. In Ontario, Guy was called to the bar in 1992. After working at other law firms, Guy started his own practice in September 1993. He initially shared office space with other lawyers in Barrhaven. His client-base was, at first, primarily in Barrhaven but his services have drawn clients from all parts of the City of Ottawa, including other parts of Nepean, Kanata, Stittsville and West Ottawa. His space-sharing arrangements evolved and Guy joined a Barrhaven Law Firm as an associate in October 2005. From March 2012 to early 2015 Guy returned to Sole Practice. Guy continues to operate his practice in the firm’s Centerpoint Drive office to serve his long standing clients but has also taken the task of continuing the practice of Ken Cramer, a well respected collegue who retired in January 2015.

Guy moved to Ottawa in 1991, something he had considered for some time: at the age of 19 Guy had a summer job on parliament hill and absolutely loved the City. Here in the last few decades, he settled, married and started a family. Guy lives in Stittsville. He has over the years been involved in the community through participation in boards of local not-for-profit organizations, associations and municipal advisory committees. Guy was an instructor in English and in French at the Bar Admissions Course and has also taught at the community college level. He is a member of professional organizations including the County Carleton Law Association.

Guy is fluently bilingual (English and French). While most of his clientele is english-speaking, Guy also provides legal services in the french language. Guy prides himself on his communication skills in either language. He is in the process of learning a third language in his spare time and has set the objective of becoming fluent in one more language in each of the next two decades.

Guy’s practice has continued to evolve over time. Initially focused on Family Law, it has shifted to real estate, including some development work, and wills and estates. Guy does some limited, selected work in the corporate and commercial area. Some of his appreciative clients saw fit to nominate him as Lawyer of the Year in Faces Magazine’s 2016 awards. Guy’s clients still call him for a variety of legal issues outside of his areas of practice and where appropriate are directed to other legal and other professionals.